On Monday the decisive game of the 1st round took place about the remaining fifth place in the LU Football League Champions group between Latgalīte Squad and FK Lielupe teams. FK Lielupe needed a victory to overtake Ej Tu Nost! team and take 5th place.

FK Lielupe started very actively and immediately created some very good moments, but all efforts were unsuccessful. At the end of the first half, there was an accident at the Lielupe goal, attempting to intercept pass from opponents leader Miks Vilkaplāters, who tried to deliver the ball into the far corner of an unattended opponent, Kārlis Villerušs, who had so far blocked and stopped several dangerous opponents’ attacks, scored an own goal. This failure was immediately followed by the loss of the second goal. But FK Lielupe did’t give up and until the end of the first half Lauris Lazdāns made a shot towards Kārlis, the opponent’s goalkeeper caught on to Kārlis, but the ball flew over both of them, flying into the empty net.

In the second half FK Lielupe rushed to play. All tries were unsuccessful, while Latgalīte Squad football players also tried to increase their lead. In the middle of the second half, Latgalīte Squad forward received the ball directly next to the goal and made it 3:1 for his team. It should be noted that in this episode the referee of the game didn’t see an obvious hand-play in attack at the time, when the player received the ball, which was appealed by the entire FK Lielupe team.

But this didn’t break the team spirit either, and FK Lielupe, taking a minute’s break to breathe, rushed into play again. Six minutes before the end of the game, FK Lielupe‘s pressure on the opponents’ goal finally paid off, first Giakomo Nicora reduced the gap, but after three minutes Kristaps Mackovs made it 3:3, and FK Lielupe needed just one more goal to score in the remaining 2 minutes to take the 5th place in the league table.

However, Latgalīte Squad players used a mistake from Lauris Lazdans and took the lead again with only two minutes left in the game. FK Lielupe gave a good effort for Latgalīte Squad to end the game, when all players, including the goalkeeper rushed forward, but players couldn’t hit the empty goal. In the last attack near to the penalty area, the opponent’s defender violated the rules against Kārlis Villerušs. Latgalīte Squad placed the whole team on the goal line, but Kristaps Mackovs hit the ball in the top left corner of the goal and the ball surprisingly found its way to the goal and in a dramatic match FK Lielupe made a 4:4 draw, but it was not enough to qualify for the LU Football League Champions group.

Kārlis Villerušs: “I want to thank the guys for today’s match. This was indeed one of the best team games in terms of emotion and team spirit. Unfortunately, this draw prevents us from continuing to fight for the LU Football League honors, I think with a game like we showed at the end of 1st round, we would certainly not be a superfluous team in the Champions Group. Losing points against the LU Grillmix, a game where, unfortunately, I couldn’t participate due to health, loss to Ej Tu Nost! team, unrealized moments playing against FC Meteor – also prevented us from entering the top five. If we continue to play a game like the last one, then we are definitely the main contenders for the Hope Cup. LU Cup 1/4 final game against Ej Tu Nost!, is also ahead of us. I hope that not joining the Champions group won’t knock our players off the rails and we will continue to cheer and amaze our fans in the crucial part of the season.“

The second leg of the season comes with all the points received in the 1st round, so FK Lielupe is now in the first place in the Challenge group with 12 points, ahead of his closest followers – FOX Travel team by two points.

FK Lielupe will play the next match in the LU Football League on March 9, when the LU Grillmix team will face off, while on March 16 our footballers will be waiting for the LU Cup 1/4 final against Ej Tu Nost!. As a result, March starts with games where we can prove ourselves, that results in the first part of the season against these teams were just a misundestanding. 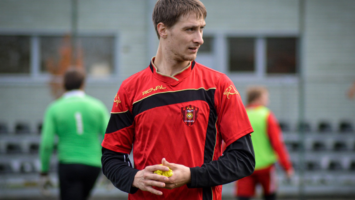 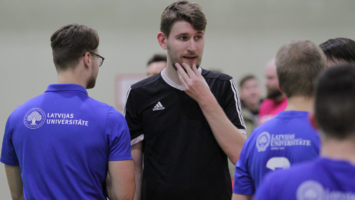 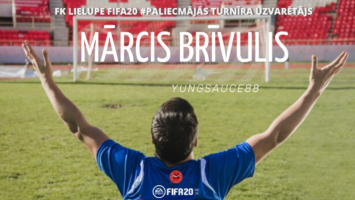